Karachi, a port city situated on the shores of the Arabian Sea, was once famous for its pleasant climate and healthy environment. The greenery of the city could be found in abundance in areas such as Malir, where lush farmland produced healthy crops and green cover brought the city to life.

Malir was once known as the fruit and vegetable basket of Karachi, but its reputation is slowly fading due to illegal sand and gravel mining, construction of housing schemes on agricultural land, and disposal of human and animal waste from the nearby towns and cattle. feathers. Farmers are seeing their fertile land become barren and lose their livelihoods due to unregulated industries that are ruining the area’s environment.

“The taste of water and vegetables grown in Malir was a gift from God, but we destroyed it,” said Muhammad Siddique, 70, a settler and landowner in Memon Goth, a neighborhood in Malir district. He said sand and gravel mining is depleting groundwater supplies and destroying crops around them, leaving Malir residents with no choice but to buy vegetables and fruit at the market.

Siddique said fruits like guavas, which were famous if grown in Malir, can no longer survive, adding that guavas sold in markets advertised as local are from elsewhere. Farmers in the area used to be able to access water by digging shallow wells, but now they can’t access that water without drilling 150 feet, he said. “How can we grow [a] variety of vegetables and fruits in the absence of groundwater?

The destruction of agricultural land in Malir is not only hurting farmers, it is contributing to a larger food insecurity problem across Pakistan, fueled by high food and fuel prices, drought and livestock disease. According to a Global Report on Food Crises 2022 by The Integrated Food Security Phase Classification, an initiative to improve food insecurity, 4.66 million people in Pakistan faced acute insecurity during the period between October 2021 and April 2022.

Pakistan’s food insecurity has only worsened over the years due to extreme weather, economic fluctuations and other factors exacerbated by the Covid-19 pandemic. Inflation and declining incomes have left many Pakistanis unable to afford their next meal. Even some of those not facing acute food insecurity are undernourished because they cannot afford the cost of more nutritious meals.

Meanwhile, the space for agriculture in Pakistan continues to shrink due to pollution and overdevelopment, making professions in agriculture much less lucrative. Pakistan has always been an agricultural economy, but urban sprawl is steadily converting farmland into residential and commercial areas. In those areas, potential contaminants multiply.

Around Malir,. However, the effects of this contamination in the agricultural environment of the area are felt. 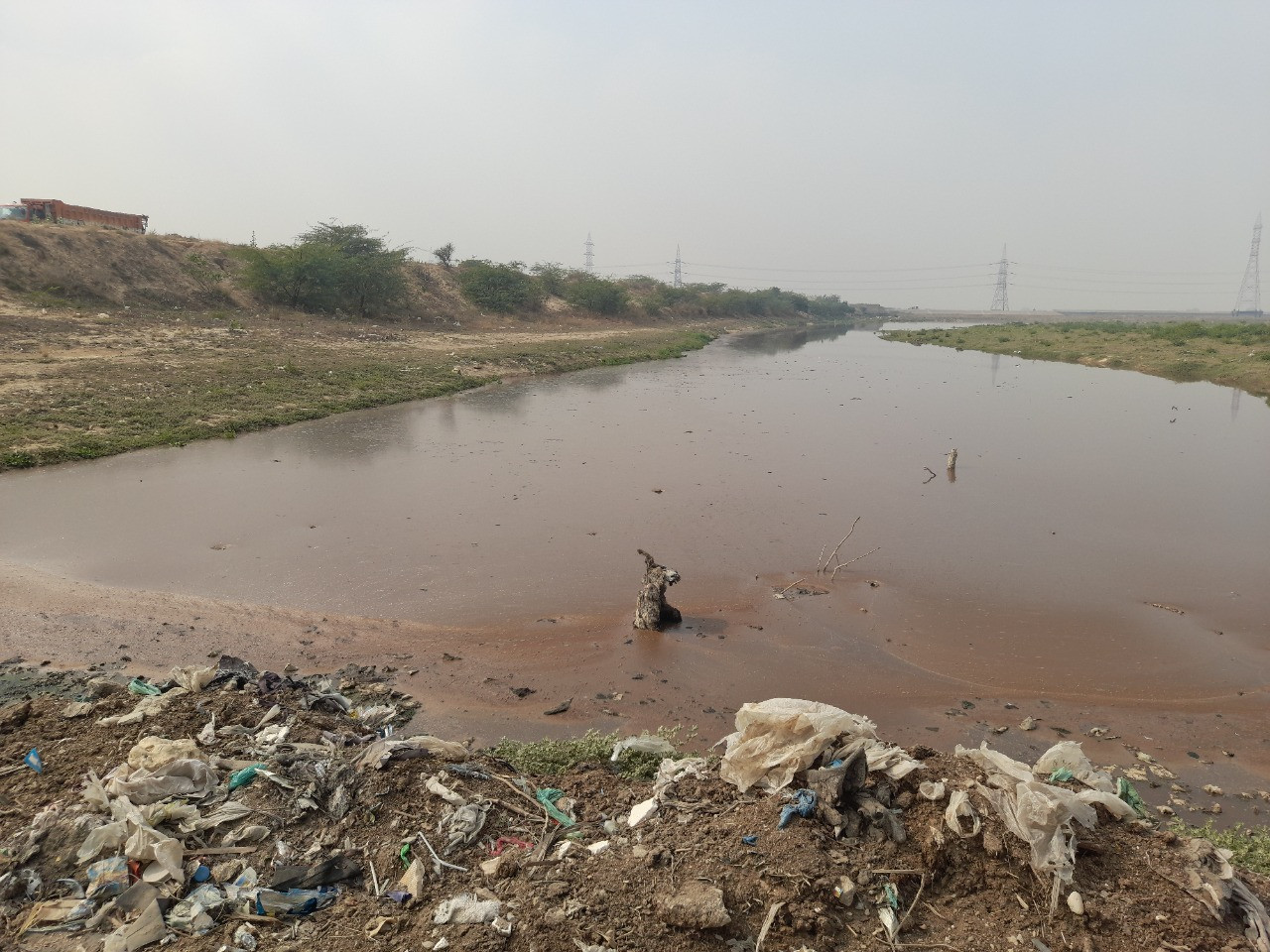 In a field under a scorching sun, Zulekha Bibi picks brinjals, for which she earns 150 rupees a day. “Industrial waste and sand mining destroyed crops and our livelihoods,” Bibi said. “[Before] we earn between 200 and 300 rupees a day, but [during] this period of inflation, we are [just] trying to provide at least one meal in 24 hours for our children.” Other women and children who work in the fields with Bibi share similar struggles. They say that they cannot earn money doing other types of work because they have only worked in agriculture.

Experts say the destruction of Malir’s farmland can be attributed to a variety of factors beyond sand and gravel extraction. In some cases, they say locals have also played a role in the degradation. Farmers often sell their land for large sums of money, incentivizing developers to look for land in agricultural areas, said Rafiul Haq, a Karachi-based Senior Ecologist and member of the IUCN Commission on Ecosystem Management.

Farms used to be spread over 10+ acres and each farm had its own well, Haq said. But as farmers sold their land, the number of wells increased to meet the water needs of the area’s growing population. “[A] banning construction is not the solution to the problem,” he said. “The authorities must ensure that the buildings under construction in Malir do not exceed their limits [for mandatory green space].”

Instead of just growing trees, he said people in the area should grow a variety of herbs, shrubs and trees to increase biodiversity in the area and provide oxygen. With very little green cover left in Karachi, residents have no protection from the harsh sun and scorching heat, steadily increasing with climate change.

Government departments are working on damage control to reduce the threat of food insecurity and help the local community maintain their livelihood. The Sindh Environmental Protection Agency (SEPA) encourages local farmers to change the types of crops they grow to adapt to changes in the groundwater supply.

“For the improvement of the food chain and biodiversity, adaptation of techniques that respect the environment [are the] need of the hour,” a SEPA official told The Express Tribune. “Crops that need less water should be grown in Malir because it would be more feasible due to the lower groundwater level.[s] in the areas. Ultimately, it helps improve the food chain and the ecosystem in general.”

SEPA said it has drafted a climate change policy that aims to restore the environment in Malir. Once approved, SEPA will advise and consult with other departments to determine how to mitigate the damage that has already been done to ecosystems in this area.

Meanwhile, aggressive planting in Malir could provide a respite for the densely populated city, as heat waves, floods and climate change pose risks in the coming years.

Asifa medresses is a freelance writer. All information and facts provided are the sole responsibility of the writer. Asifa tweet at @asifaidris.